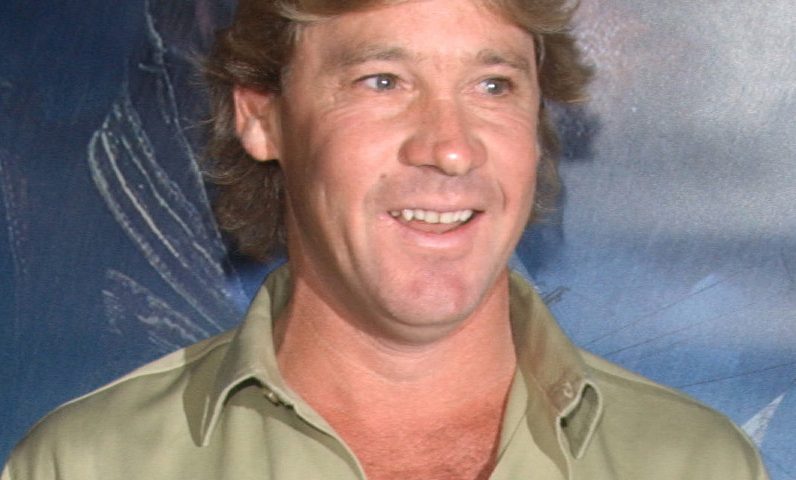 Australia’s colonial history is full of legendary adventurers, explorers and bushrangers ‑ but the romance and aura of the nation’s remote regions didn’t end with WWII, as a host of men and women made their mark on the country and added to the great outback folklore in the process.

Here are the stories of but a few of them:

Grab pretty much anyone in the world – from a Bombay bazaar stallholder to a French cafe waiter to an American ranch hand – and ask them to name a quintessential non-fictional Australian. It’s a safe bet the first name that comes to mind is that of the late, great Steve Irwin.

Born in Essendon in 1962, Irwin’s family were interested in wildlife and moved to Queensland when he was young to found what is now Australia Zoo. He grew up around animals, in particular reptiles, and was wrangling crocodiles from the age of nine as well as helping out at the zoo.

As an adult, Steve’s show The Crocodile Hunter made him an international celebrity and ambassador for Australian wildlife, with his passion, charm and love for the wild being shared with millions of people around the world.

Tragically, Steve was killed by a stingray on September 4, 2006 while filming for his latest documentary. His death sent shockwaves through the wildlife community and Australian society as a whole.

His wife Terri and children Bindi and Robert have continued his legacy and even today, more than a decade later, Australia Zoo still markets itself as ‘The home of the Crocodile Hunter’ and features Steve Irwin prominently on advertising material for the zoo – which has remained one of Queensland’s most popular tourist attractions.

Known as ‘The Wildlife Man’, and currently a Sporting Shooters’ Association of Australia partner, David Ireland’s start in life was certainly not what you would expect for a renowned adventurer. Growing up with chronic asthma and being terribly bullied at school, he underwent a marked change after being taken under the wing of a circus strongman who trained him to boost his strength ‑ and his confidence.

A passionate lover of wildlife and the bush, as well as an experienced scuba diver, David’s escapades are many and varied, ranging from being attacked by stingrays, crocodiles and wild boars to hand-feeding sharks and facing off against displeased elephants.

Now aged 70, David is still active and handles most of the work in his documentaries himself – from filming to editing. More than 35 years of work has appeared on channels including Discovery HD, Channel 9,YouTube and SSAA TV.

A 2016 book, entitled The Wildlife Man, was published about his life and exploits.

Mike and Mal Leyland have earned a place in history as the iconic Leyland brothers, bringing the wonders of Australia to living rooms across the country from the 1960s to 1980s. Originally hailing from the UK, the brothers moved to Australia with their family as children in the 1950s.

A trip to the Melbourne Olympics in 1956 sparked a love of filming in the duo, and by the 1960s they were travelling around the country recording what they saw, producing three feature-length films which were shown on Australian TV and proved extremely popular.

Between 1976 and 1980, the brothers hosted the TV show Ask the Leyland Brothers, where viewers would write in and ask them to visit various parts of the country. In the process they introduced countless people to the wonders of the outback and the Australian bush with the theme song sparking fond memories in many fans even today.

The brothers were awarded MBEs for their work in 1980, and while Mike Leyland passed away in 2009, Mal is still a keen caravanner, adventurer and author who remains active.

One of the original Australian TV crocodile hunters, Malcolm Douglas was born in 1941, was originally a stock and station agent in the Riverina region of NSW before he and his mate David Oldmeadow decided to take off on a six-month tour around Australia in the early 1960s.

The trip ended up taking four years and the film the pair captured of their journey in the Top End became the hugely successful documentary Across the Top which aired on Australian TV in 1976. Malcolm’s passion for the bush remained unwavering and he was a mainstay of Channel 7 and Channel 9 with his documentaries and TV shows, which he reckoned counted more than 50.

He was killed in a 4WD accident at his property in WA on September 23, 2010 but his legacy lives on – besides his many documentaries, in 1983 he established a crocodile park near Broome which has more than 4000 crocodiles in it and is still going strong, complete with a museum dedicated to his life.

One of a group of 1970s naturalists and bushmen who opened Australians’ eyes to the natural wonders in their own backyard, William ‘Harry’ Butler AO CBE was born in 1930 in Western Australia, growing up in the bush and at one point earning a living as a feral animal hunter.

Best known for hosting the ABC series In the Wild from 1976 to 1981, Harry originally spent a decade teaching biology and nature in Australia, the US and Canada before becoming an environmental consultant here in the early 1960s. His first major job was minimising the environmental damage from petroleum extraction on Barrow Island and some of the techniques he developed have since become industry standard.

He was always adamant that conservation and development could work together, a stance that caused some controversy in green circles – he once observed he had “achieved more by working with mining companies and other developers than I ever would have lying down in front of bulldozers”.

Awarded an OBE in 1970, named Australian of the Year in 1979 and picking up a CBE in 1980, Harry died of cancer in Perth on December 11, 2015 but his presence remains ‑ a number of animal species are named after him including six reptiles, two fish and a marsupial mouse.

While most of the bush legends in this article used a 4WD or maybe a horse to move around, Queensland-born Robyn Davidson rode into the history books on camel-back after completing an epic 2700km trek from Alice Springs across the NT and WA to the Indian Ocean in 1977, aged 27.

Famously crossing the desert with four camels and her dog Diggity as part of a self-discovery journey, despite having no prior training or experience before deciding to prepare for the expedition, Robyn recorded her experiences for National Geographic magazine with photographer Rick Smolan, and later in the internationally best-selling book Tracks, which won the inaugural Thomas Cook Travel Book Award in 1980 and was turned into a film in 2013.

As part of her trek, she spent time with some of the indigenous residents of the area, including an elder named Eddie who walked with her for a month as she crossed his Dreaming country in WA’s Jameson Ranges.

In the years since her famous feat, she has led a colourful life; travelling the world, studying nomadic peoples and writing a number of books and essays. Today, she divides her time between Australia and the Indian subcontinent.

Born in 1936, Sara Henderson became one of the most famous pastoralists in Australia following the death of her husband in 1985 when she took over the running of their station at Bullo River in the NT, south-west of Darwin and close to the WA border. The station was $750,000 in debt at the time but through hard work, perseverance and business acumen, Sara was able to save the station and was named Businesswoman of the Year in 1991 as a result.

She went on to write six books about her experiences as a pastoralist, starting with 1992’s From Strength to Strength – named as Australian Book of the Year when it was released ‑ and concluding with The Strength of Our Dreams in 1998. Her stories inspired countless Australians and also brought the struggles faced by farmers into the spotlight.

In addition to her pastoralist and writing roles, she was also the public face of BreastScreen for a number of years, encouraging women – particularly in rural areas – to be screened for breast cancer. She herself was treated for the disease in 2000, and after selling the property to her daughter in 2001 following a protracted legal battle, retired to Queensland and died in Caloundra in 2005 following an illness.

Known as ‘The Bush Tucker Man’, Major Leslie ‘Les’ Hiddins AM is a retired ADF veteran who saw service in Vietnam and in 1987 wrote the Australian Army’s bushcraft survival manual. He has spent a considerable amount of time in the bush, particularly in northern Queensland, and his focus ‑ as his nickname suggests – is on bush tucker, namely wild food found in the bush.

Major Hiddins has spent decades studying the subject and teaching others about it, earning him the moniker ‘Bush Tucker Man’.

Regarded as a fabled and passionate modern-day bushman, he went on to appear in three series of the ABC series The Bush Tucker Man, and has also written a number of books of bushcraft.

His modified Akubra slouch hat and Land Rover 4WD – which is on display at the Darwin Military Museum ‑ are an instantly recognisable part of his image, and his work with Far North Queensland indigenous communities and veterans’ support groups has earned him considerable recognition as well, and although semi-retired he hasn’t completely hung up his hat yet.

Few names are more synonymous with the Australian bush than that of the late Reginald Murray ‘RM’ Williams AO CMG, a bushman who founded the iconic Australian footwear and clothing company which bears his name to this day.

Born in South Australia, RM Williams started his leathermaking business in the early 1930s, learning leatherworking skills from the colourful bushman Michael ‘Dollar Mick’ Smith, and making items such as packs, saddles and riding boots – which would later segue into the famous RM Williams boot found on shoe racks across the country and around the world, especially after sales to cattle baron Sir Sidney Kidman helped Williams establish a small factory to begin making his wares on a commercial scale.

His products went from strength to strength and have gained an international reputation for quality and embodying the outback style – even though he sold the company in 1988.

RM himself was a man of many talents, including goldmining, and among other things he was a noted stonemason working on the Stockman’s Hall of Fame at Longreach (he was a driving force behind the project and built the original information centre) and his ‘Rockybar’ property near Eidsvold in Queensland.

He died in 2003 but his legacy is maintained, with his revered ‘Craftsman’ boots found on feet from Longreach to London and his name a byword for the legend and romance of the Australian bush – as well as quality clothing and footwear