Our Field to Fork – Second Helpings cookbook has received one of the highest honours in food culture by being named as one of the top two meat cookbooks in the world.

This latest accolade for the Field to Fork franchise was announced at the 27th Gourmand World Cookbook Awards in Umea, Sweden in early June.

It marks the third time a Field to Fork publication has been recognised on the international stage. Field to Fork – Second Helpings was named Australia’s Best Meat Cookbook in the 2021 Gourmand World Cookbook Awards and the first instalment in the series, Field to Fork – The Australian Game Cookbook, was named as Best First Cookbook – Australia in 2012.

The Field to Fork cooking movement is a celebration of Australia’s unique flora and fauna and the important connection people feel to their food and its origins. It has featured a wide range of game meats including camel, snapper, crocodile and venison to illustrate a grassroots approach to sustainably sourcing and cooking food.

We are proud to have created a cookbook that is celebrated on an international scale and highlighting Australia’s fishers, recreational hunters and producers for their ethical harvesting of clean, green and delicious food.

The Gourmand World Cookbook Awards was founded by Edouard Cointreau in 1995. The annual awards are the world’s largest international competition in the food sector. Entries from 227 countries were received for this year’s awards in one of the largest and most competitive fields of nominees in the history of the initiative. 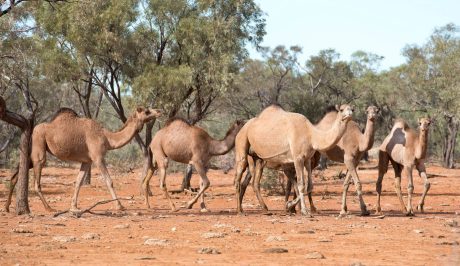 A herd of camels in Queensland.