Get the Midas touch with a metal detector

Detecting a typical area worked by old-timers from the mid-1800s.

A decade or so back our small group of trout fishers gathered for our annual get-together on Lake Eucumbene in the NSW Snowy Mountains. Most afternoons we would assemble for a chat and enjoy a relaxed happy hour over drinks and snacks. It was on such an afternoon that we were seated around an aluminium table at one of the group’s caravans when the owner disappeared into his van, returning shortly with a small motley-looking bag which he proceeded to drop onto the table with a resounding metallic clang.

As you might imagine, this promptly gained everyone’s attention. He then unlaced the bag and disgorged the contents onto the table. To all onlookers’ amazement several plastic bags of beautiful natural gold in all manner of shapes and sizes emerged.

Needless to say, our friend was a keen gold prospector, spending most of the winter months roaming the back country of Western Australia’s goldfields swinging a metal detector in pursuit of the precious yellow metal. For a number of years he would repeat his party trick which ultimately kindled my interest in this fabulous pastime. Now, 10 years on, winter or summer will find me metal detecting somewhere on the goldfields or on local beaches and parks, and other interesting locations looking for coins and relics.

Metal detecting can loosely be classified into two types ‑ gold and coin/relic. However, there is always a chance of finding old coins and other items while gold detecting around former miners’ camps on the goldfields.

Metal detectors for the most part are designed to suit either of the two forms of detecting, each having specific design features to enable efficient exploration of the chosen targets, though there is some overlapping between the two types.

Coin and relic detecting is becoming increasingly popular, particularly with grey nomads travelling around Australia. Even so, you do not have to travel too far from home. Sometimes, just go around the corner, to a park or oval to start detecting and experience the thrill of hunting coins and perhaps jewellery and other interesting finds. Believe me it can become quite contagious and yield varying amounts of pocket money, to say nothing of the exercise gained along the way.

Coin and relic detectors are well represented by most of the metal detector manufacturers. Minelab in South Australia has a great range of models to choose from, each having their place in terms of the features required to suit the varying conditions being explored.

Also, most manufacturers provide an array of interchangeable search coils, the part of the detector that is passed over the ground. The reason is that different detecting situations can sometimes be enhanced by using a larger or smaller coil, one that is waterproof if you’re working the beach or other water prone areas. In spots that are heavily saturated with metallic junk, a smaller more sensitive coil will aid in separating a good object from the closely surrounding junk items.

Metal detectors indicate the presence of a target under the search coil by emitting differing audio tones depending on the metal composition (ferrous or non-ferrous) of the article. Most also have a visual display that indicates the target identification as a numeric value. Becoming familiar with these tones and numbers and the type of target they represent can be challenging at first but over time and with experience these indicators will become familiar to a point where the item can be identified with a fair degree of certainty even before it is removed from the ground.

One simple way to gain some insight to the tones and numbers of various targets is to take a selection of coins, pre-decimal and decimal along with different types of jewellery. Locate an area that is clear of metallic distractions and spread the selected items around. Make a note of the numbers that correspond to each item as the coil passes over them. Also try and make a mental note of the various tones for each target. This aspect will become much easier with experience.

It goes without saying that the more expensive detectors generally have many more features to deal with the ever-changing locations and ground conditions than the lesser models. Discrimination is one feature on coin and relic detectors that is almost a ‘must-have’ feature in that the detector can be programmed to block out unwanted signals.

Working in trashy areas with little or no discrimination can literally drive you nuts with all of the varying tones competing with each other and the numbers bouncing all over the place. However, some experienced operators have become clever at listening to a hotch-potch of tones and deciphering out the good target signals that may have been muted by excessive discrimination. To do this though takes a lot of experience with the one detector.

Most gold detectors have little or no discrimination to speak of, so identifying good from junk targets comes down to gaining experience over time. If practical, digging every find will hasten the learning process with a new detector.

One goal common to all detectors is to have them running as quietly and smoothly as conditions will allow. Atmospherics like thunderstorms can play havoc with detectors as do power lines, phone lines and electric fences, just to name a few. With all of the noise interference caused by these occurrences it can make hearing targets extremely difficult. Adjusting the sensitivity and other controls on the detector can help minimise these pesky interferences if the area in question is producing some worthwhile finds.

Another tool that is handy while out detecting is a pinpointer. This is a small hand-held device, a mini detector in fact, about 250mm long and powered by a nine-volt battery. As with detectors there is a considerable range of models to choose from. Once a target has been traced with the main detector, the pinpointer is used to precisely locate the item if it is in range, typically about 60 to75mm. If the target is deep, as many can be on the goldfields, the pinpointer can save a lot of extra digging once the target is found in the bottom or side of the hole.

In parks and other sensitive areas, it is absolutely paramount to minimise disturbance to the grounds. Here again the pinpointer comes into its own, localising the position of the target to a couple of centimetres in most cases and thus reducing the ground disturbance to an absolute minimum when retrieving the object.

All holes and ground disturbance should be back filled and returned to the condition prior to recovering a target. Leaving unfilled holes is extremely bad practice regardless of their location. Apart from being unsightly they represent an argument to have metal detecting banned in badly affected areas, not just in suburban zones but out on the goldfields as well.

The choice of digging implements will depend on the ground and location being checked out. On the goldfields, varying weights and styles of purpose-built picks are the common tool carried. Gold-bearing ground can vary from loose gravel through to tough stone types so a substantial pick is the best choice.

Detecting around suburbia in parks and reserves, it pays to be as discreet as possible in terms of the digging tool being used. Employ small purpose-built trowels designed to remove small turf plugs, hopefully containing the pinpointed target or expose the target in the bottom of the hole. Once the target is recovered the turf plug, along with any soil, can be replaced in their original position and once stamped down will leave little or no visible sign of the disturbance.

It is important that you respect property owners and managers when detecting on private land and seek their permission to do so. Fence jumping is another way to put metal detecting in a bad light.

Personal safety while detecting in remote gold areas is an important consideration that should not be taken lightly. When operating well away from the vehicle or campsite it’s prudent to be out there with a companion who you are in radio contact with ‑ five-watt UHF radios are small and compact and certainly easy to carry on your backpack strap or other handy location. A reliable GPS and spare batteries with appropriate waypoints saved is great insurance when it comes time to head back to camp. Also a PLB (personal locator beacon) is not out of place in the backpack, particularly if detecting in remote areas hundreds of kilometres from the nearest help.

Adequate water for the day’s detecting is an absolute must along with food rations, crepe bandages in case of snake bite or sprained ankles, a small signalling mirror and matches all go to making a pretty complete kit that does not weigh too much or take up a lot of room in the backpack.

Choosing a new metal detector can be a daunting issue for the newcomer, but having a reasonable idea of which of the two forms of metal detecting you’re interested in narrows the choice options considerably. Cost-wise, coin relic detectors range in price from a few hundred dollars through to $3000.

Dedicated gold detectors start around $3000 and a high-end model will set you back just on $10,000. Metal detectors of either variety can represent a considerable investment. So you have to keep in mind that to maximise the value from your investment, once the initial novelty has worn off, they have to be used quite frequently rather than becoming an expensive cupboard queen.

Metal detecting is a fascinating pastime and a healthy one at that. It keeps you active and can take you to some interesting historic locations around Australia, or to local beaches and parks. There is the ever-present thrill that the next discovery could be a spectacular gold nugget or perhaps a valuable rare coin. 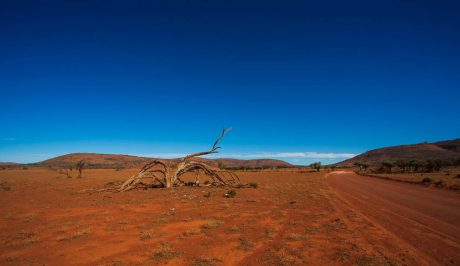